Hey ya’ll and welcome to almost the end of the week! Tomorrow is Guy Day, however, I’m having the next stage of my deep cleaning tomorrow. As I’m teaching in the morning, I have a lot of stuff to finish up – cleaning off my desk, getting things laid out for my afternoon classes, I have a list of names for an upcoming field drip to turn in and want to ask about another trip for my maybe band students.

And then having a giant water jack hammer taken to my mouth. Guy Day MIGHT be on Saturday. Just sayin’.

Anyway, it is the end of the month, it’s my Dad’s birthday. My kids sang to him today. It was quite moving.

It is also Zee Reads. As you might recall, I have a CRAZY book challenge. I’m thinking if I can finish 4 to 5 books a month, I might have a crack at this. Of course, I am going to allow SOME books to double up. As it’s a Harry Potter Challenge, chances are there will be a LOT of fantasy this year. So let’s get this party started. I’m actually going to attempt to read these in order.

#1 A bookish World to revisit. I was introduced to Terry Brooks probably about 20 years ago. The man is one of the most prolific writers I’ve come across. Most of his novels concern the land of Shannara, however on occasion, he ventured to other realms, including ours and the Landover series. However, a few years back, he posted a trilogy and confirmed what many of us thought – they were ALL connected and he had written a long, long, long history of the world and Shannara was the result of what happened when the wall between fantasy and reality was destroyed.  Magic exists. He’s created a world as complex and extensive as Tolkien’s.

That said, this book is a reread – I read it years ago. Landover is the first book in the Landover series – I think there are 5 or 6. I’ve read 3 of them and again, that was years and years ago.

Have you ever had one of the days, weeks, months, years, where you’d just like to drop everything, leave everything behind and start all over where no one knew who you were or cared? Meet Ben Holiday. Ben is a high-powered attorney, dog-paddling in the ocean of life for 2 years. His wife and unborn child were killed two years previous and he just can’t cope with the world anymore. He doesn’t socialize, is drinking more and more and he comes across an ad – Magic Kingdom for Sale – complete with castle, men, fairy folk, sylphs, a Green-River kingdom, gnomes, other fantasy creatures, edible trees, a relatively incompetent wizard, orcs, trolls, a witch and a fire-breathing dragon who considers the farmland his own personal hunting grounds. For starters.

At times, the story breaks your heart. Other times, you’ll laugh your head off. Ben has purchased a kingdom that is slowly dying and rather than grab his ruby red slippers and chant – there’s no place like home – he does the unthinkable – stays and tries to fix things. It was so worth the reread.

This was book 2 of The Court Series I started in December. The first book was a retelling of Beauty and the Beast. Now, Beauty is Persephone and she’s traded the Beast for Hades. Again, the word smithing is glorious, lush, and the story riviting. There are 2 more books (so far) in the series, but like previous years, I don’t know when I’ll get back to it.

As some of you might know, I come from a long line of preachers. Circuit Methodist at the turn of the century and the Salvation Army. Being a child of Salvation Army Officers, Christmas was a stressful – and event filled time. Mostly for me, Christmas gatherings with the Jaycees, the Sertoma Club, etc. It was a whirlwind of parties, on top of kettles and caroling and I spent a lot of in curlers and hair spray and Dippity Doo. If you don’t know what Dippity Doo is, lucky you. I hated it. I hated mom doing my hair, but I didn’t mind dressing up and going to these dinners because it always meant I came home with gifts and the year I turned 8, I managed to snag a bunch of books! I wish I still had them. I was very fond of the Monkee’s novel I got (Peter inherited a postage stamp sized country and it went downhill from there.)

But I also got this – Little Women. it was HIGHLY abridged (Beth’s death was completely skipped) and when I unwrapped it, I did the rude thing and pushed my half-eaten plate back and began to read. I didn’t stop reading it. On the way home, I held it up to the car lights behind us. I read and read.

Over the years, I’ve gotten ‘updated’ versions of it. I managed to get copies of Louisa May Alcott’s other books. I love 8 Cousins as much as I loved Little Women. I have an ‘old set’ (1930’s) of the entire series purchased at a garage sale for 5 bucks. I still love the books.

I have a feeling I will be reading a LOT of short short short stories. Jordan Taylor is a vet who writes stories from the animal’s point of view. Pogonip is a cattle dog on a ranch who comes up against one of the toughest jobs of her life – chasing down one angry, run away bull. Great little story for the animal lover set.

Rogue Angel is a series I put on my tbr list last as a started series to finish. There are 54 books in this series, so that was insane! So the series is simply back in the rotation.

Annja Creed was an orphan, raised in an orphanage in New Orleans. She’s grown up now, an archaeologist and anthropologist, a well known television personality Chasing History’s Monsters (which pays the bills and send her places she couldn’t afford otherwise) and the proud owner of one sword, specifically Joan of Arc’s whose legendary sword was shattered. The pieces have made their way back together and now live in Annja’s ‘Otherworld’ – hers when it’s summoned. Her world has also acquired two of Joan’s knights in her retinue (who are immortal now) – Roux, an older Frenchman who lives life to the fullest. He and Annja have a mentor-protege relationship, although it is long distance and rather reluctant and Garin Braden – who is ‘tall, dark, handsome’ and wealthier than sin. (A good part for Richard to play, no?) One minute, he’s trying to kill Annja because he’s afraid now that the sword has been put back together, he’ll start aging, and then the next minute, he’s eating lunch with Annja and Roux. These 2 men have separate lives and agendas, but as I recall as the series goes on, he is less and less worried about Annja and the sword. She’s a badass. In this 3rd installment, Annja is called to a small town in Georgia to help investigate skeletons found in the basement of a warehouse. IT’s obvious they’re the bodies of runaway slaves, but who and why are so many figures in the crime world as well as an aspiring political figure so interested in keeping what’s down there secret? To the point they’re willing to kill…

And if you read through all of that… 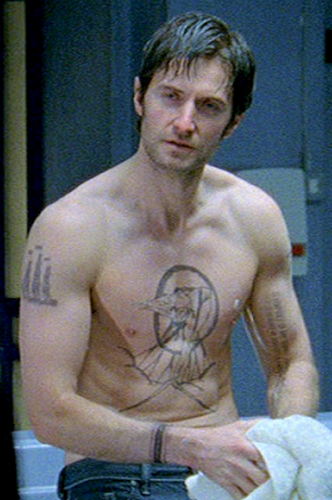