that their next vehicle should be a Sherman Tank. Loaded. If anyone hits them, it won’t matter. They can mow over them and blow them out of their way.

The vehicle has been totaled. The radiator was shoved into the engine.

Last week, I mentioned my grandmother crocheted a teddy bear ornament commemorating the birth of my son. It had a little heart crocheted in. It is dear to me and I’ve hunted everywhere. No dice.

On my mom’s tree.

RIP Debbie Fisher. Maybe they’ll bury you and Carrie together.

to go home. I hoped to leave by 1… looks like it will be 2. There is one last load in the dryer and Spawn is getting a haircut. Everything is packed except for the laptops. I hope to by home by 7 and I will clean up the latest chapter of Nemo and post it at most places.

Just a heads up.

Please. For pity’s sake… don’t anyone die while I’m on the road. Please.

May The Richard be with you.

My Princess. Oh, my princess…

We get it. You’ve done enough. You can quit now. You could have quit in January tbh. We get it. Enough.

btw – you may NOT have Carrie Fisher. No.

never taken such JOY in a Christmas tree as I have in this one, this year.

Continued where Zee natters on and on and on

END_OF_DOCUMENT_TOKEN_TO_BE_REPLACED

has begun!!! Two weeks off and God knows I need it.

Ah yes. Work. Right this minute, I am as exhausted as I was at the end of the year. I’m not burnt out. I’m exhausted and I need to make some serious decisions over the next two weeks about my future. Truth is, if Former Suitor – shit. I’ll just name him. Bill. His name is Bill. And his last name is equally common, but we’ll just leave it at Bill. Had Bill not gotten his boxers in a wad over the whole we don’t live close enough and made an issue after it wasn’t an issue, I would definitely be moving to Florida Memorial Day weekend. Truth dot com. It is that bad where I am at this moment. But he quit and I’m not dealing with that.

But I have wonderful friends and family who love and care about me and that means more and keeps me going more than anything.

This week has been rather fruitful in the writing department. The Shepherd has been updated. Aside from Heaven is going to update today and I suspect Gary will update before Christmas. Or just after Christmas. Let’s be safe and say after Christmas. He’s not quite done but he’s shooting for it.

So just because I’m in a mood, have some warm and cuddly Richard. 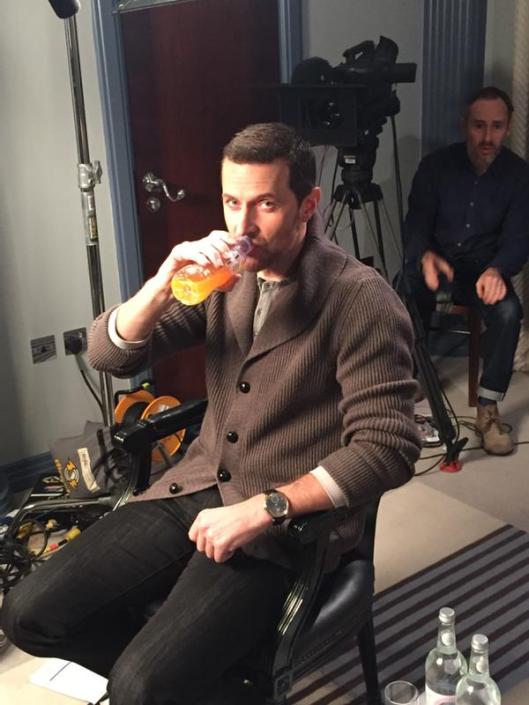 or those who love Hamilton

Spawn and I have tickets for the Thursday night showing of Rogue One at the fully restored 1945-era Mars Theater. This is such an AWESOME theater! (We saw the last Star Wars there last Christmas!)